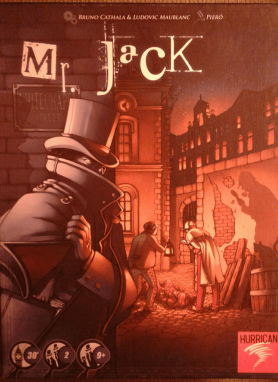 When I first got into the board game hobby, I visited a FLGS (or ‘friendly local game store’, to those of you still with lives) in hopes of discovering a cool new game that I had never heard of. Though honestly, at that point, I was spending nearly every waking moment watching board game videos on YouTube and/or lurking on the board games subreddit, so I figured there wouldn’t be too many surprises or games I didn’t know.

There were just so many games. And so many I didn’t know.

I was overwhelmed when I stepped into the store to find shelves upon shelves upon shelves of foreign names and strange looking boxes. ‘What the hell is an Agricola’ I said as my head spun. ‘Why are there so many trains” I wondered as I stumbled through in a haze. ‘Dear God have I really spent two hours in here, where is my friend’ I worried after checking the time on my phone.

Finally, after cluelessly wandering around for an absurd chunk of time, I decided to sift through games that had interesting looking titles and cover art and cross examine them with their rating on the massive board game site Board Game Geek. If a game didn’t have at least a 7 out of a 10, I kept going. Life is too short to spend your time looking at a mere 6.9 out of 10.

After a while, a game did indeed finally catch my eye. It was called Mr. Jack and the reason it garnered my attention was because it was set in Victorian London (a time period I oh so adore) and the back of the box mentioned deduction. Seeing as how I was still new to the hobby, I had to use touchstones from my years of playing (shiver) mass market games to try and pick games I might like. As a kid, I was obsessed with Clue and since that had deduction, I figured Mr. Jack might be a good fit for me if it too had deduction. It passed the BGG smell test with a 7.1, so I made my first every impulse buy at a FLGS on a game I barely knew anything about.

If you excuse me, I’m going to stick my hand through this time rift I just opened and pat 2015 Kyle on the back because Mr. Jack, to this day, is one of my favorite games I’ve ever played. Hold on, here I go, just gonna put my hand in here and do some patting and AHHHH, WRONG TIME PERIOD, CLOSE THE RIFT, CLOSE THE RIFT.

Phew, okay, if you’re still with me, which means I didn’t create a time paradox so let me get started by actually talking about the game! You know, the whole reason you’re here!

In Mr. Jack, two players take on the role of either Mr. Jack (a.k.a. Jack the Ripper) or the investigator trying to catch him. There’s no mention of the horrendous crimes the real Jack the Ripper committed here, which is probably for the best since murder and dismemberment would be a real downer for this game. Jack’s job is to either keep his identity hidden for the duration of the game’s eight rounds OR escape from the shadows and leave town through one of Whitechapel’s four exits. I’m not sure if the real Whitechapel district in London only has four distinct exits, symmetrically located at its four corners, but I don’t see any reason why the game wouldn’t try to be as historically accurate as possible.

Meanwhile, the investigator is trying to determine who Jack is by eliminating suspects one by one until only remains, at which point they need to get another character to hop onto Jack’s head and accuse him like the world’s most eager bunny detective.

The game is played out on a board with lots of hexes, where eight character discs are strewn throughout, patiently waiting for their turn to move. Jack secretly determines which of those eight characters are his secret identity and play begins. Each round, Jack and the investigator move these characters around, and at the end of said rounds, Jack gets asked a very simple question: are you visible or invisible?

While in real life, this would be a weird question for a an actual investigator to be shouting out into the London streets, waiting for a reply like in a childhood game of Marco Polo, it is used here as mechanism in this game to power the game’s deduction system. Jack is visible if his character’s disc is either adjacent to another character disc and/or is adjacent to a lamppost. If he is neither, he is considered invisible. So if Jack takes a look and sees he is currently invisible, he announces as such which prompts the investigator to flip over all discs that are visible to their grayed out side. That means they are eliminated from the possibility of being Jack and the ever shrinking list of suspects gets that much smaller.

Obviously, the deduction in this game is quite simple. It’s literally a 50/50 shot of who gets eliminated and who doesn’t. There certainly won’t be any players standing in front of a bulletin board of multi colored threads webbing out from picture to picture like they’re in a David Fincher film. Even Clue demanded more deductive reasoning than this, but that’s okay. What makes Mr. Jack great isn’t its deduction, but its puzzley gameplay and unique character selection system.

Let’s talk about the character selection first. Every round, four of the game’s eight characters are randomly selected and available to draft. Players draft two of them one by one, in a snake draft fashion. Meaning, the first player in that round takes a character, uses him or her, then the 2nd player gets to take and use TWO characters followed by the first player taking the last remaining. Snake drafts are used in plenty of games (Sagrada and The Grand Austria Hotel come to mind) and I love that drafting system, but the REAL reason why I fell in love with this game is because I’ve never seen another game implement character selection like this. Oh sure, there is role selection in lots of board games, like in the fantastic area control game Mission: Red Planet or the card draft driven Citadels, but in those games you’re simply playing a card and resolving its affects. In Mr. Jack, you aren’t just trying to pick characters based on their triggered ability but also based on where they are on the board.

For example, let’s say you’re Jack and you want to draft Sherlock Holmes to prevent the investigator from taking him and using his ability. Holmes’ ability allows him to look at the top character card from the suspect deck, the same deck Jack drew his initial character from. Seeing which characters are left in this deck allows you to whittle down even further who isn’t Jack. Obviously, this isn’t great for Jack so it’s often a shrewd defensive move to draft Sherlock. Ahh, but maybe Sherlock has already been flipped to his gray side, showing he’s not Jack while the other characters available have unresolved statuses. It seems risky to allow one of those unrevealed characters in the hands of the investigator to move them and ultimately determine their visibility status. But what if they don’t have useful powers for the situation, or their board position doesn’t make for any powerful, swingy moves to your advantage. Deciding a character to draft is often an agonizing choice, because there are so many ripple effects that can occur. And that brings me to the next thing that makes Mr. Jack one of my favorite games: the delightful puzzle that this game presents.

When I introduce Mr. Jack to new players, one of the statements I often start with is “this is basically Clue meets Chess.” No, before you start chortling, this game is not as deep as Chess and that’s not what I mean. What I mean is, it takes the deduction of Clue and puts into a Chess-like puzzle, where certain pieces do certain things and managing them on the board is the key to victory. The above scenario I described is just one of many of these types of decisions. Do you take the character who can move lampposts, using his ability to light a whole group of characters to visibility status? Or do you use the agile Miss Stealthy and use her long range of movement to your advantage? There is a character who is a cop who blows a whistle that allows you to move up to three characters closer to him (because apparently people in Victorian London were part dog).

If you choose him, who are you whistling closer? Every movement is important, and as the investigator you never want to leave anyone too close on the outer edges of the board since that allows Jack to slink into the shadows and escape off the board in a following round. But then that means you’re clumping people together in the center of the board which is a field day for Jack since that means it’s easier to keep as many people visible as possible, meaning you may go an entire round without eliminating any suspects. It’s this hair pulling, teeth clenching tactical Rubics Cube that makes Mr. Jack such a satisfying nut to crack. And despite all these tough decisions and torturous choices, games rarely last more than a half hour, meaning it’s the perfect, “Whaddya say, wanna go again?” game that 2 player games should often strive to be.

Ultimately, if this sort of puzzley game of cat and mouse sounds at all interesting to you, then I can’t recommend Mr. Jack enough. It’s not too complex and while it has a couple of fiddly rules here and there, it’s not enough to dissuade me from even recommending this to gateway gamers. It’s also co-designed by Bruno Cathala, who has since turned out to be my favorite game designer. He has many games that feature tactical and puzzley gameplay loops, so Mr. Jack is a great entry point if you have any interest in joining the Church of Cathala with me. It’s not super expensive to join, and the blood pact we demand requires barely even a quart of blood, so there’s really no excuse to not at least look into it.

Anyway, that about does it for my first review for this blog! I figured Mr. Jack would be a perfect first post since, as I mentioned, it was my first impulse buy when I got into the hobby and it holds a huge nostalgic place in my heart for that reason. If you liked this review, like and subscribe and hit that bell icon and dammit there I go again pretending this is a YouTube channel, ignore me, I’m a moron. If you DO like this though, consider following me on social media (@ElHanlo on Twitter) and staying tuned to future posts and reviews. My plan is to try and post something every Wednesday, so hope to see you there!